FOOTPRINTS CAFÉ NOSTRAND brings you the very best in Jamaican and Caribbean cuisine in New York City. This upscale take-out restaurant is a modern construct that marries food and drink in a symbiotic relationship that appeals to and satisfies the sophisticated and discerning palate.

This new addition to the FOOTPRINTS CAFÉ FAMILY — the fourth member — is the brainchild of our President & CEO, Robert “Bobby” Gordon, who founded this popular Brooklyn and New York City restaurant some 18 years ago. Since that time, the restaurant has promoted its signature dish — the popular RASTA PASTA — to a diverse set of patrons across all ethnicities. Today, FOOTPRINTS CAFÉ — the Home of the Rasta Pasta — has sold over 5 million such dishes and counting.

FOOTPRINTS CAFÉ NOSTRAND offers not just Jamaican and Caribbean food and drinks but a unique vegetarian menu particularly crafted and designed by our Master Executive Chef Basil Jones, who has been in the restaurant and hospitality business for over 33 years. This bistro-style café also offers beer and wine as ideal compliments to the curries, jerk, and other exotic foods of the Caribbean that are infused with FOOTPRINTS CAFÉ’s special secret blend of herbs and spices. 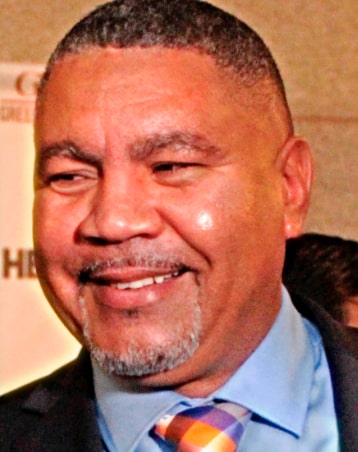 “The ingenuity behind success is a very coveted human ideal. It is an ideal rooted in personal values, passion, and an extraordinary ability to achieve greatness and innovation.” Highfalutin words from a long-gone philosopher. Right? Wrong! It’s a business foundational statement from Robert Gordon a hugely successful Jamaica-born immigrant businessman and entrepreneur, par excellence. So, exactly who is Robert “Bobby” Gordon?

If you’ve heard about the popular Jamaican/Caribbean restaurant and bar called Footprints Café with three locations in Brooklyn, New York City, then chances are you’ve seen Bobby (everyone calls him that) working or chatting with patrons or staff. He is the President, Founder and CEO of this establishment and it was his vision and drive that has made this 18-yearl old restaurant and bar the household name that it now is, at least in the dynamic and growing Caribbean American community in New York.

“I was born and raised in Jamaica and came to the United States in 1989. I took the traditional immigrant’s route of hard work, dedication, applying myself, and keeping a sharp lookout for opportunities,” Bobby, a handsome late 40ish man says.

He is a proud alumnus of Calabar High School, one of Jamaica’s premier all-boys schools. Here in New York City he initially enrolled in college, only to eventually pursue a career in mechanics at the Apex Technical School. He would later go on to become a car dealer, a business he successfully ran for 10 years.

“I found my true passion in the food and hospitality industry when I decided to open Footprints Café in 2001. For me, New York is the United States “Food Mecca” with New York City as its epicenter. Its patrons and constituents are demanding, and the failure rate is very high. I knew all that but I also believed that done right, and with hard work, the rewards would be great. I was not wrong,” Bobby says.

The original flagship enterprise, where this food and drink experience and innovation started, is 5814 Clarendon Road, in Brooklyn, New York. Footprints II, known for its classic design and unique vibe, is also located in Brooklyn near the historical landmark—Coney Island Amusement Park/Boardwalk area.

And the immensely popular Footprints Café Express, the 5-Star take-out, eat-in establishment, is situated in the heart of the Flatbush/East Flatbush section of Brooklyn at 1377 Flatbush Avenue. It seems that there’s no stopping the man. A business success bug has bitten him – too many times. Bobby is never one to rest on his laurels. He’s looking to the future and there are a “few things” in the works – big things, like a new upscale takeout “coming soon” and a banqueting hall.

“I always want to improve on our products and our services. Footprints Café is about a dining experience – a fine dining experience. Not just any experience. So no matter which location you visit our goal is to have consistent food quality, great customer service, and a welcoming atmosphere – warm, professional and friendly. And definitely Caribbean,” Bobby explained. 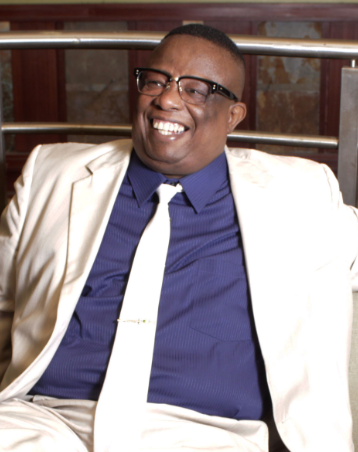 He’s worked in the hospitality business literally all his life. It’s the man’s passion and we can tell you that he knows this business – inside out. You can call him the consummate hospitality professional. In the process of this life-long passion – don’t tell him it’s a restaurant job – he’s worked for a list of popular restaurants in Caribbean and New York City finally settling at the popular Footprints Café - Brooklyn’s Caribbean Kitchen and home of the world famous Rasta Pasta.

His name’s Linden Clarke and he was born in Guyana. For the past seven years he’s been the Regional General Manager for all three Footprints Café locations – Footprints Café (Clarendon), Footprints Café Express and Footprints Café & Lounge (Coney Island). Needless to say Linden is results oriented and an expert in all the areas and skills required to define a great hospitality and restaurant manager. “Throughout my career I’ve worked with many restaurants in the hospitality industry. I’m at home with restaurant start-ups as well as established ones – large or small or in-between.

I’ve directed restaurant operations and I always manage to consistently increase sales through promotions, and marketing activities while controlling costs and maintaining quality. So no matter if its about volume catering, recruiting and training managers, supervisors and line staff, I’m your guy,” Linden says.

Always smiling and blessed with a charming and engaging personality, Linden can be Maître D, restaurant host, front manager or troubleshooter as the situation demands. His ultimate goal is always to make sure that every customer has a great experience at the restaurants and that his staff delivers 5-star service to every patron. Hands on, but not demonstrably so, Linden pays keen attention to everything that’s happening at Footprints Café. It’s the hallmark of an experienced manager when the staff feels very comfortable with him or her but understands that they must deliver constant quality services and food – very time.

“You have to lead by example. And since I know all of the ins and outs of the restaurant business I bring that experience to the Footprints Brand. “I start by acknowledging that ALL our staff members are important and vital to our ability to deliver quality food and services – all the time and every time. At

“I always want to improve on our products and our services. Footprints Café is about a dining experience – a fine dining experience. Not just any experience. So no matter which location you visit our goal is to have consistent food quality, great customer service, and a welcoming atmosphere – warm, professional and friendly,” Bobby explained. 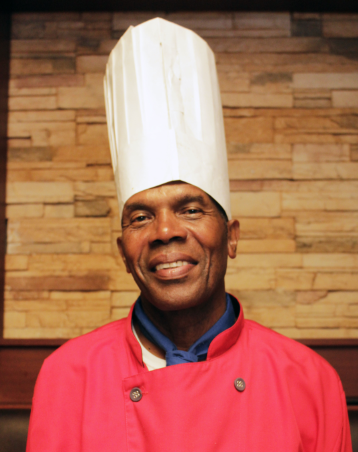 He jokingly says, “I’m cooking too long.” That’s because he’s “been in the kitchen” professionally for 33 years now – and counting. But he started long before that, way back in Jamaica in his grandmother’s kitchen when he was just about 15 years old. So the next time you visit Footprints Café, Brooklyn’s premier Caribbean restaurant, and you browse through its extensive mouth-watering menu loaded with tons of exotic items to choose from, rest assured that this is the brainchild of Executive Master Chef, Basil Jones.

Chef Basil also worked with the cooking staff preparing and presenting special dishes for local cuisine competitions. He earned a certificate of merit for his cooking and culinary skills from Jamaica’s former Prime Minister Edward Seaga in 1983.

“I also got a scholarship to Hocking Technical College in Ohio for six weeks in the first instant and then for two years later. While there I cooked and served over 200 people at a 5-star private golf course, and worked with a mentor and master chef for 10 years cooking at some of the most expensive and exclusive hotels and golf courses in the world. Over my career I have cooked for groups of up to 4,000 people at a time, as well as small, selective and picky groups,” Chef Basil said.

To provide our guests with outstanding and memorable experiences by presenting exceptional cuisine and genuine hospitality.

For a great dining and cultural experience, we provide our team with every possible resource to succeed in providing the best service and take pride in working together.

Where to find us